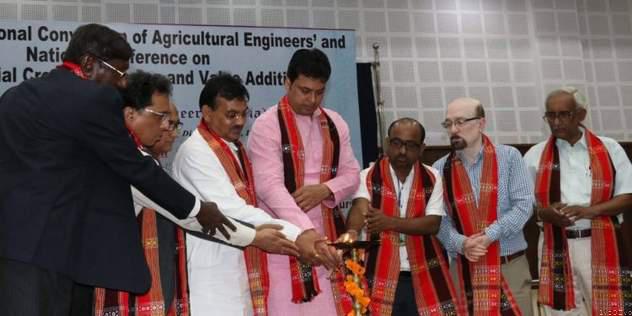 Tripura government has focused on agro-economy and tourism-based economy to boost the economy of the state. Chief Minister Biplab Kumar Deb on Saturday appealed to the youth to come forward to join business linked to agriculture and tourism. Tourists will be easily attracted towards Tripura as the state is blessed with unique scenic beauty and is dotted with holy temples, the chief minister said. Deb said tourism can create massive job opportunities and agriculture can guarantee a stable rural economy.

Addressing a seminar on “Commercial Crops Processing and Value Addition” at Prajna Bhawan, Deb praised the businessmen for availing loans for business and helping the government to increase the credit ratio.  “Every year 20 to 22 thousand metric tons of fish is imported from outside the state, and money is being drained out,” the chief minister said. He said Rs 1,100 crore is drained out of Tripura every year to procure milk, fish and egg. “We should stop it,” he added. Deb said if the farmers in Tripura take interest in fish farming, fish can be produced in the state.

To encourage fish farming, the chief minister said his government has taken the decision to create 1,477 check dam in Tripura. Deb said 40 percent pineapple produced in Tripura goes waste as the state does not have proper storage system. Pineapple and jack fruit which are the two famous fruits of Tripura can easily change the state economy, he said. Deb said his government has started to work to double the production of pineapple in Tripura. At present, one lakh metric ton pineapple is produced in the state.