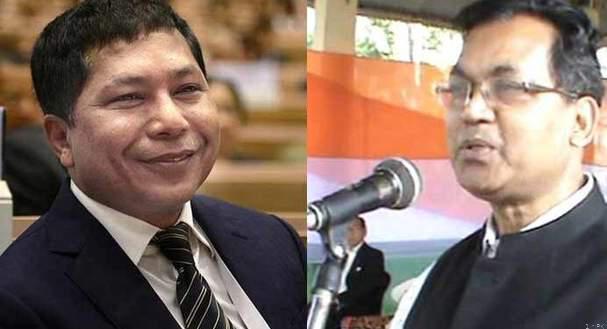 As the BJP extended its ongoing membership drive till August 20, there are reports that some senior Congress leaders from northeast, have started to show some interest in joining the saffron brigade. The decision to extend the membership was apparently take following the advice of former Madhya Pradesh chief minister Shivraj Singh Chouhan. Chouhan is the leading the membership campaign. The party had initially decided to increase its membership by 20 to30 per cent.

However, the campaign turned out to a major success, and the number has gone up by over 60 per cent. BJP is expected to have 20 crore members by August 20. Chouhan was in the northeast states during the last week of July, and have reportedly met a number of senior Congress leaders. A section of senior Congress leaders from northeast are disillusioned with the  “high-command”, and are contemplating to leave the grand-old party. Former Assam Pradesh Congress Committee president Bhubaneswar Kalita on Friday joined the BJP.

Similarly, former Assam minister Gautam Roy and ex-Rajya Sabha member Santiuse Kujur on Saturday resigned from Congress, and are likely to join BJP on Sunday. Sources in the political circle told Northeast Now on Saturday that both Mukul Sangma and Pawan Singh Ghatowar are in touch with the top BJP leadership.

Sangma has been a member of the Meghalaya legislative Assembly since 1993. In 1998, he joined the Congress. He served two terms as chief minister of Meghalaya. At present, Sangma is the Leader of Opposition in Meghalaya Legislative Assembly. Sangma’s wife Dikkanchi D Shira, brother Zenith M Sangma and daughter Miani Dalbot Shira are also Congress MLAs in Meghalaya.

As Mukul Sangma could not be contacted for comments, the sources said his entire family could join the BJP. However, much later, Mukul reacted in his official Twitter account rubbishing such speculations as ‘misinformation with criminal, malafide and defamatory intent’.

Similarly, five-time Congress MP from Dibrugarh was not available for comments. Sources said the veteran Congress leader may join the BJP along with his wife Jibontara Ghatowar. Meanwhile, it has been reported that two Congress leaders – former minister Bharat Narah and current Rajya Sabha member Ranee Narah – will also switch to the BJP.