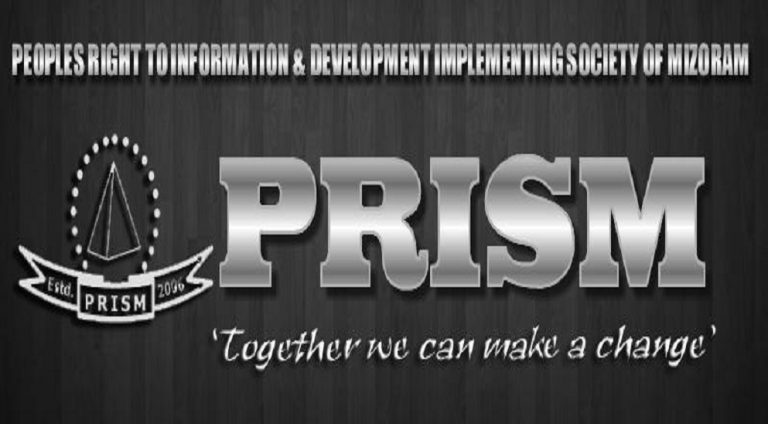 Opposition People’s Representation for Identity and Status of Mizoram (PRISM) and Mizoram People’s Conference (MPC) on Wednesday urged upon the State Government to include its 509 square miles of inner line reserved forest area in the proposed Mizoram political map.

The two opposition parties in a joint statement said, “The inner line reserved forest area which was notified in 1875 under the Bengal Eastern Frontier Regulation, Act 1873, belonged to Mizoram and was officially declared by the State Cabinet meeting as the actual boundary of the State.”

The statement also reiterated the State Government to review the academic syllabus and include the new political map in school books.

The chief minister assured them of accepting the proposal to prepare the new political map by MZP, informed, the government official.

PRISM and MPC has recently signed an agreement to resolve the state’s border dispute with Assam.

Some workers of the two parties on Tuesday, last, visited the border area and inspected the alleged new occupation by Assam government near Vairengte along the inter-state border.

He said, “The PRISM and MPC have strongly demanded the State Government to vacate the Assam officials from the disputed land.”

“The PRISM and MPC have strongly demanded the state government to vacate the Assam officials from the disputed land and also deploy more police personnel at the border area,” he added.

Meanwhile, Northeast Now, spoke to DFO Cachar, Sunny Deo Choudhury, about such allegations made by various organizations of Mizoram.

“We have valid documents to prove that the land in question is ours. How come all of a sudden they claim it as their property, baffles me, ” said, Sunny Deo Choudhury.

For the moment, Mizoram and Assam government have agreed to maintain status quo for the disputed land aling the inter-state border, not just in Vairengte, on the Cachar district side, but, Bhairavi, too, bordering, Hailakandi district of Assam, said, an official of the Mizoram government.